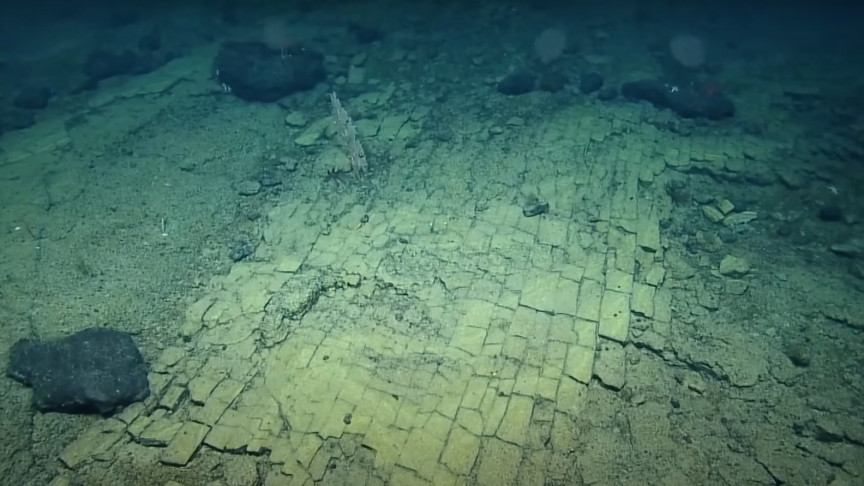 Marine scientists aboard the Exploration Vessel (E/V) Nautilus have discovered an ancient dry lake bed that looks like a ‘yellow brick road’. The appearance of the ground has led researchers to describe it as “the road to Atlantis”.

The exploration took place during the research team’s study of seamounts – undersea mountains formed by volcanic activity – in an area called Liliʻuokalani Ridge in the Papahānaumokuakea Marine National Monument ( PMNM) in the Pacific Ocean. The team uses a remote-controlled vehicle in their investigation.

PNMM, one of the largest marine conversation areas in the world, is located northwest of the Hawaiian Islands and encompasses 583,000 square miles (1,510,000 km2) of ocean waters as well as ten islands. And E/V Nautilus has spent most of the past month in MMNP studying the geological and biological systems of seamounts.

Get more updates on this story and more with The Blueprint, our daily newsletter: Register for free here.

Live footage that captures the moment of exploration was posted to YouTube by EVNautilus.

“This is the road to Atlantis”

As can be heard in the video, one of the scientists says, “This is the road to Atlantis”, while another sounds like “the yellow brick road” in the children’s novel. The Wizard of Oz.

Although the formation strongly resembles a man-made brick road with rectangular blocks, it is actually a pattern of fissures in the seafloor that is “an example of active ancient volcanic geology”, according to the description of video posted by EVNautilus Youtube channel.

It is stated in the caption of the YouTube video that “The single 90 degree fractures are likely related to heating and cooling stress from multiple eruptions at this baked margin.”

The Nautilus exploration vessel is operated by Ocean Exploration Trust, a non-profit organization dedicated to ocean exploration. It also broadcasts the ship’s adventures live and gives viewers a glimpse of what the remote-controlled dive vehicles are catching deep in the ocean.