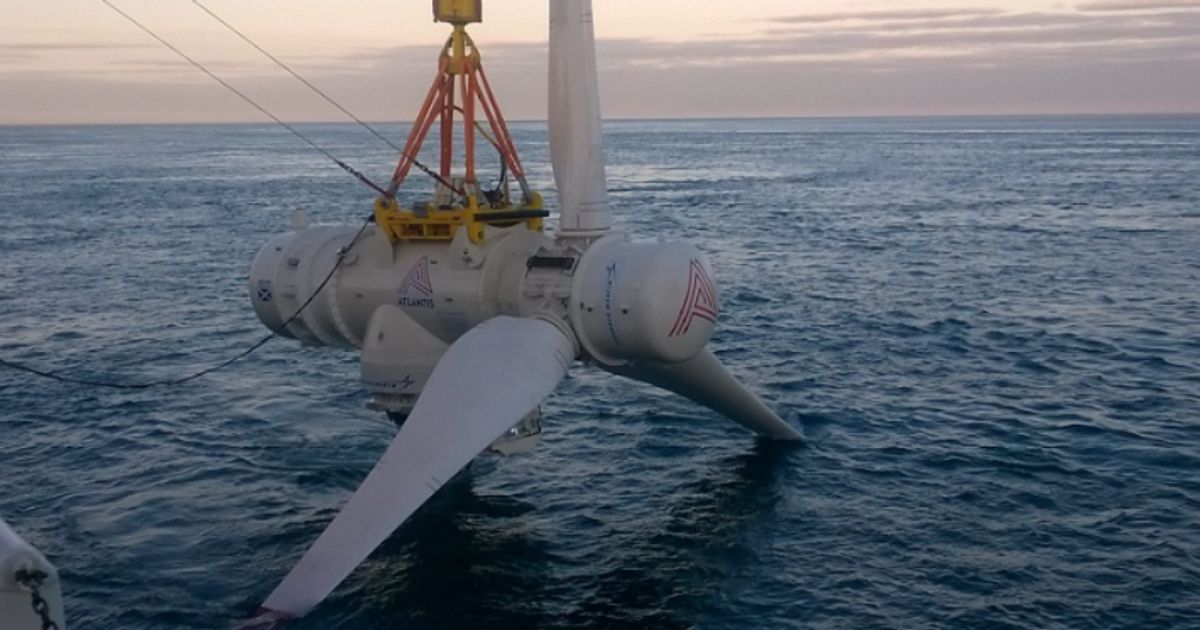 The first turbine will be redeployed in May, and in March 2023 the final turbine will be deployed, with a connection system that cuts future turbine recovery and deployment costs by more than half, according to the company.

SIMEC Atlantis Energy Ltd (AIM:SAE, OTC:SMAYF) said government funding had been secured to put its tidal turbines back into the water in Pentland Firth, Scotland.

Scottish Enterprise has provided flagship program MeyGen with a £2.5 million non-convertible loan to enable the redeployment of the two remaining turbines over the next 12 months. A 1.5 megawatt tidal turbine was deployed last month.

The next turbine will be redeployed in May and the last turbine in March 2023, with a connection system that cuts future turbine recovery and deployment costs by more than half, the Scottish green energy operator said.

MeyGen is expected to be the largest planned tidal current project in the world and is being built over a number of stages just over a mile off the north coast of Scotland in some of the fastest waters in the UK.

Four of the project’s turbines entered their 25-year operational phase in 2018, and green energy exports to the grid reached 24.7 gigawatt hours by 2020.

With the performance of the turbine having “far exceeded expectations” when operational, SIMEC said, funding from Scottish Enterprise will be used for the deployment to ensure the project continues.

“I would like to thank Scottish Enterprise for their continued support of the company and the MeyGen project. The successes and challenges we have faced on this project are paving the way for establishing a global industry leader in Scotland and bring huge economic and environmental benefits to Scotland and the UK,” said Graham Reid, Chief Executive.

“Scotland is rightly known as a global leader in the maritime sector and MeyGen is at the heart of this. Scottish Enterprise has a long-standing partnership with the project and we look forward to developing it further as we support the transition. energy and deliver sustainable economic growth for all Scottish communities,” added Kerry Sharp, Director of Growth Investments at Scottish Enterprise.