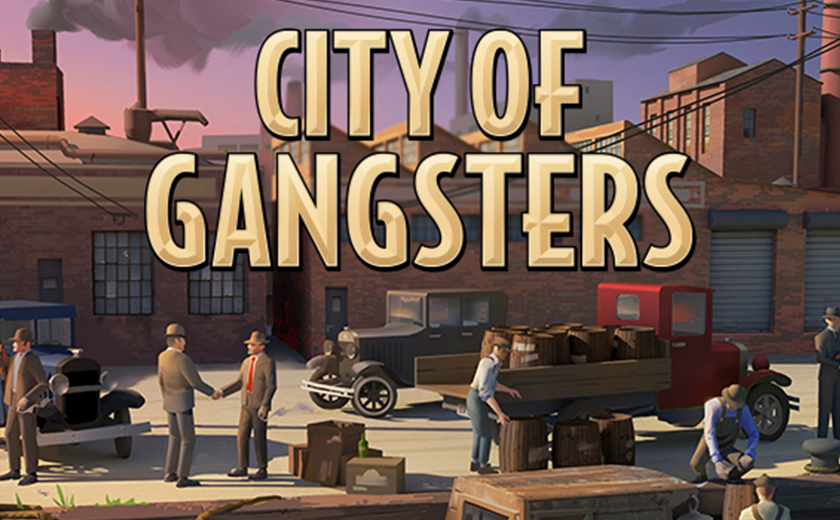 Powerful new role upgrades and daring new schemes, such as bank robberies, are now possible in City of Gangsters via the Criminal Record DLC, available to purchase now.

In Criminal Record, you can give your mob their own hierarchy and feel by assigning new roles based on their specific experience to access a variety of new abilities. Do you have a crew member who knows how to knock heads? “The Enforcer” will see them gain abilities that no other role can have.

These special roles also unlock actions called “Schemes”, which range from blackmailing a local cop to taking on a risky bank robbery at one of the city’s banks.

An all-new Philadelphia map also provides additional resource production as well as a unique starting condition with potentially lucrative results for those not averse to the bizarre bank robbery.

Bosses of a certain standing will also be able to set up their own office in a secluded country lodge or an elegant downtown penthouse, filling them with spoils of victory and memories of their criminal escapades.

As with the previous Atlantic City DLC, a taste of these new mechanics will also be available for free to base game players via Update 1.3 which is also available to download now.

2022-03-15
Previous Post: Reno’s Growth Fuels Major Redesign of Atlantis Hotel-Casino
Next Post: A lost ‘Atlantis’ is about to be discovered off the Yorkshire coast