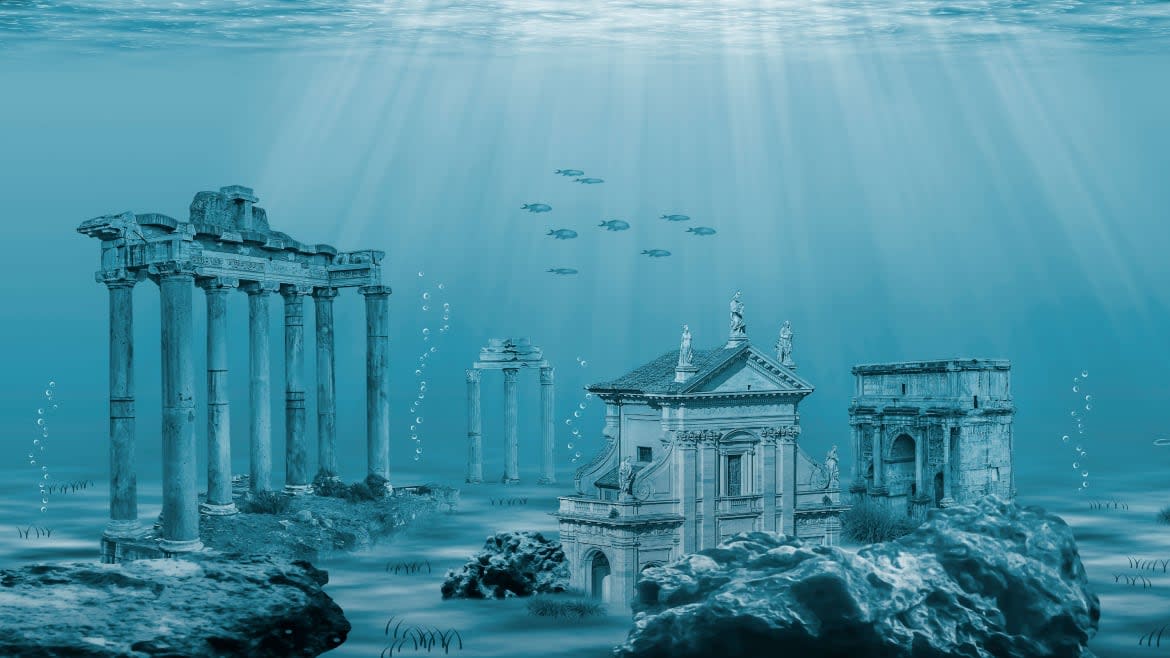 There could be hundreds of atlantises in the world

In the 14th century, a small port near Holderness, England, disappeared into the sea. The town, Ravenser Odd, had been ravaged by two floods: the first had submerged the town’s abbey, leaving the streets full of remains humans. The second, according to eyewitnesses, caused an “imposing wall of water” to surround the village and engulf it. The townspeople fled and Ravenser Odd was never heard from again. Now scientists at the University of Hull have a plan to discover the “Atlantis of Yorkshire”.

Sedimentology professor Daniel Parsons was on a family trip to the beach when he first heard of the town. He said the Guardian that while talking to historian Phil Mathison, he learned that local fishermen looking for lobsters had seen disturbances on the surface of the water at low tide. This initial conversation sparked Parson’s interest in the sunken city and its location. As a geoscientist, he was just the person to try to find it.

Parsons’ idea is to use high-resolution sonar systems – which he typically uses to study sediment movement – ​​to locate the city. Last year’s excavations surveyed about 10 hectares off Spurn Point. It was a failure, but Parsons believes their next expedition will produce results: “Given the stories we’ve had from people on the lobster boats,” he said, “I’m pretty confident that we will find something [next time].”

Parsons has good reason to be confident about his chances of locating the once prosperous town. Comparable studies of cities destroyed by weather-induced coastal erosion in the Bay of Naples reveal that cities are not simply washed away; they leave traces of their presence on the seabed. For Parsons, who heads the Institute for Energy and the Environment at the University of Hull, this is a great opportunity to learn from the past. He told Mark Brown: “I think it’s a fantastic way to start conversations with people about the impacts of long-term climate change using these stories from the past.”

For many of us, the news that there is an “Atlantis” off the coast of Yorkshire – an area best known for its tea, puddings and the Brontë sisters – will come as a surprise. One wonders what other metropolises, mythical or not, are hiding off the coasts of countries around the world.

The answer, a basic search will reveal, is many. Some have been destroyed by coastal erosion; a few were deliberately overwhelmed by people; others have been erased by weather events; and at least one was the stuff of legend before archaeologists discovered evidence of its existence.

If it’s the sunken cities of Greek and Roman legends you’re after, avoid mythical Atlantis and focus instead on the lost cities of ancient Egypt and Turkey. The port of Naukratis, sometimes dubbed the “Hong Kong of the ancient world”, sits under a lake in the Nile Delta and today is covered in fields. Thonis-Heracleion, which is currently in the Mediterranean off the coast of Egypt, is a different story. It was first identified during World War II when a British fighter pilot spotted the outline of buildings underwater. At its peak, Thonis-Heracleion was a bustling port, which featured a huge temple dedicated to the god Amun-Gereb. A series of earthquakes between 323 and 1303 CE forced the coastal cities of the Canopic branch of the Nile to flow into the Mediterranean.

The discoveries at Heracleion have been amazing. In 2000, divers located the head of the god Hapi, once protector of the city, in the silty waters of the seabed. Speaking to Archaeology.org the same year, Franck Goddio, the expedition’s lead archaeologist, described Heracleion as “an intact city, frozen in time”. It was almost like an underwater Pompeii. Former neighbor of Heracleion, Alexandria also took up residence with Ariel and consorts under the sea: the famous lighthouse and the former palace of Cleopatra have been identified by divers-archaeologists.

Egypt is not the only Roman-era city in Mediterranean waters. The Lycian city of Simena (often known as Kekova-Simena) in modern southern Turkey lies half-submerged in the harbor of the fishing village of Kaleköy. The Lycians were ruled by a succession of foreign rulers ranging from Persians to Greeks, Romans and finally the Ottomans. The city was partly sunk by an earthquake in the 2nd century. The beauty of the area and the ease of access to the ruins (you could hypothetically paddle there) means that they are vulnerable to destruction by tourism. As a result, in 1990 the Turkish government had to ban bathing and diving off the coast. Kekova is currently on a list of sites under consideration for UNESCO status.

For those who have experienced the sudden destruction of a port or a coastal city, such events were ripe for theological interpretation. On June 7, 1692, an earthquake and tsunami conspired to engulf much of Port Royal, Jamaica, and between 1,000 and 3,000 people. The cemetery, where Captain Morgan was buried, has also disappeared. At the time, the English colony, which was struggling to defend itself against attacks, was best known for its sex workers, its rum and its pirates, who served as a sort of ad hoc mercenary navy. The Reverend Emmanuel Heath, the Port Royal minister who was an eyewitness to the destruction, called the quake a “terrible judgment from God”. It was easy for observers to attribute the port’s destruction to its status as “the wickedest city in the world” and fit it into a theological scheme in which God punishes people with natural disasters.

Yet even back then, as Matthew Mulcahy recently argued, people knew the problem was geological. As early as the 1670s, an English governor noticed that the piece of land on which the port was built rested “only on loose sand”. Modern scientists agree. This is exactly why the Taíno people did not establish a colony there a century earlier. So far, nautical engineers and archaeologists involved in the Port Royal project have explored eight of the city’s many buildings. As at Heraclea, the excellent condition of the ruins has led to comparisons with Pompeii.

Eurocentrism means most people have heard of Atlantis. Less famous, however, is Dwarka, the beautiful mythical home of the Hindu god Krishna. According to legend, the ancient city was built by Krishna himself and once housed 700,000 palaces made of precious metals and stones. Krishna had settled there after killing his uncle in Martha. the mahabharata tells that when Krishna left Earth for the spiritual realm, the city of Dwarka and its inhabitants were swallowed up by the ocean. The modern city of Dwarka lies on land in the Gujarat region of northwest India and is an important place of pilgrimage for Hindus. For a long time, however, the legend seemed to be just that: a myth.

In 2000, after nearly 70 years of archaeological research, the National Institute of Ocean Technology discovered evidence of human settlement in the Gulf of Khambhat as part of efforts to study the effects of pollution. The pottery, sculpture and human remains have all been discovered, but there is some debate over their significance. Carbon dating of wood samples suggests they are 9,500 years old, but that largely depends on whether you believe the small fragments are evidence of an ancient city. A prominent member of India’s archaeological community quickly debunked the finds. The objects discovered, they pointed out, are very small shards that could be natural geofacts and were collected by dragging the seabed. This method of retrieving artifacts makes it impossible to know where they came from. At best, the jury is still out on whether there is any evidence for the legend that ancient Dwarka fell into the Arabian Sea.

Some underwater cities are real tourist destinations. Lion City (Shi Cheng City) in China, which was deliberately submerged in a reservoir during the construction of a hydroelectric dam, is beautifully preserved. The 1,400-year-old city has only been under water for half a century and is therefore in excellent condition. Expert-level divers are allowed to explore the site and the sculptural lions that stand guard in the water. Likewise, qualified divers can swim near (but not up to) the ruins of Simena, Turkey, or visit them via glass-bottom boat.

Given how many ancient cities emerge from the waterways of the world and beckon visitors down their mostly submerged steps, it’s truly remarkable that we continue to obsess over Atlantis, the one mythical city that hasn’t never existed. However, all of these sunken cities point to the same essential point: whether they are ruled by God or not, human engineering is no match for the power of nature.

Learn more about The Daily Beast.

Get the Daily Beast’s biggest scoops and scandals straight to your inbox. Register now.