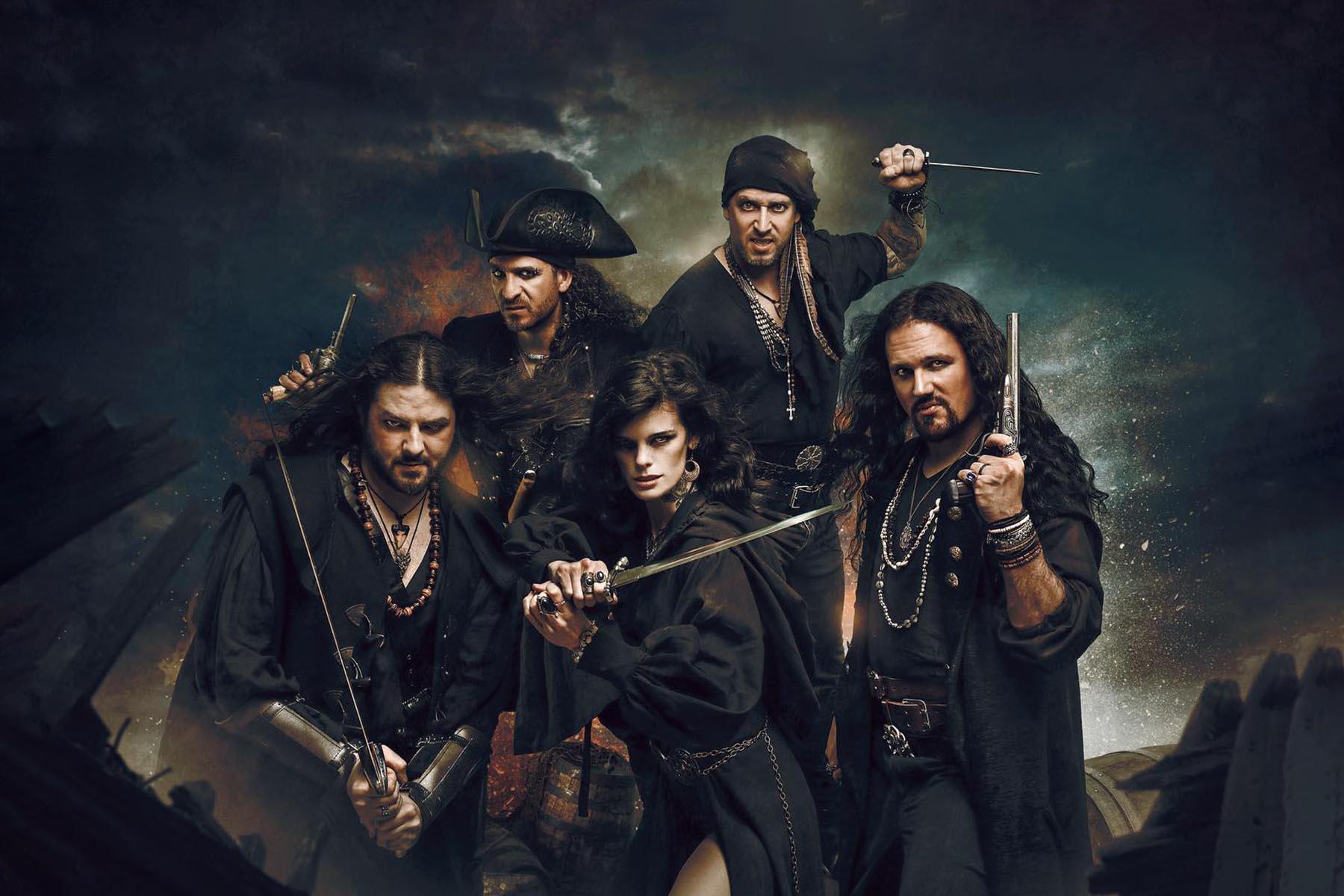 VISIONS OF ATLANTIS will release their new studio album, “Pirates”May 13 via Napalm discs. The official music video for the LP’s first single, “Legion of the Seas”, seen below. The clip directed by Lichterwald Productionis described in a press release as “a cinematic musical film, showcasing the acting talents of all band members and featuring an evil pirate.”

VISIONS OF ATLANTIS States: “‘Legion Of The Seas is a signature song that embodies the mindset we carry throughout the album. No matter what we face, we remain in control of ourselves and our lives. We are delighted to welcome listeners aboard this new era of VISIONS OF ATLANTIS with this powerful video, for one of the heaviest songs on the disc. The acting scenes meet a fiery group performance, all in a very cinematic way, conveying our universe in the best way.

With his eighth full album, VISIONS OF ATLANTIS deliver their most confident and honest record to date, proving they’ve definitely stopped wandering to finally unleash their rebellious side and a free spirit as untamed as the seven seas.

Pre-order the next album here.

VISIONS OF ATLANTIS comments: “For us to be a pirate is to be fully aware and to have our life in our own hands, to live and think freely, to embrace life as an adventure with all its light and darkness. With the new album, we open a new era for VISIONS OF ATLANTIS, fully embracing the identity we’ve been flirting with for several years now – making music that truly resonates with our souls. We continue our journey taking us through darker waters, stronger storms, where everything serves as the backdrop for a metaphor about personal growth and spirituality. Yes ‘Vagabonds’ was more on the right side of our path, “Pirates” definitely takes us into the shadow work, where we face other types of monsters along the way.

The album pulls anchor with the epic opener “The Pirates Will Return”, which instantly enchants with its anthem-like chorus and showcases high-class versatility from the first second. In the blink of an eye, VISIONS OF ATLANTIS manage to create their own incomparable universe of symphonic epic, intense riffs and, above all, the impressive vocal symbiosis of Clemetine Delauney and Michele Guaitoli. Delauney‘s spellbinding offerings oscillate between clear vocals, powerful belts and operatic techniques, while their unmistakable counterpart Guaitoli adds spice with infusions of top notch power metal. “Pirates” moves forward with eye-catching crochet lines, as in mighty “Melancholic Angel”catchy “Clocks”loading “Wild Elysee” and majestic “Containing the Hurricane” – the latter will make the heart of any symphonic metal fan beat faster thanks to its perfectly balanced blend of dramatic backing vocals, heavy orchestration and dedicated vocals. “Pirates” reaches the port so far with bewitching “I will be gone”building a dramatic wall of sound accentuated by the harmonization of flutes and bagpipes, delivered by no less than FEUERSCHWANZ virtuoso Ben Metznerwho also joins on “In my world”, “Containing the Hurricane” and “Healing Scars”.