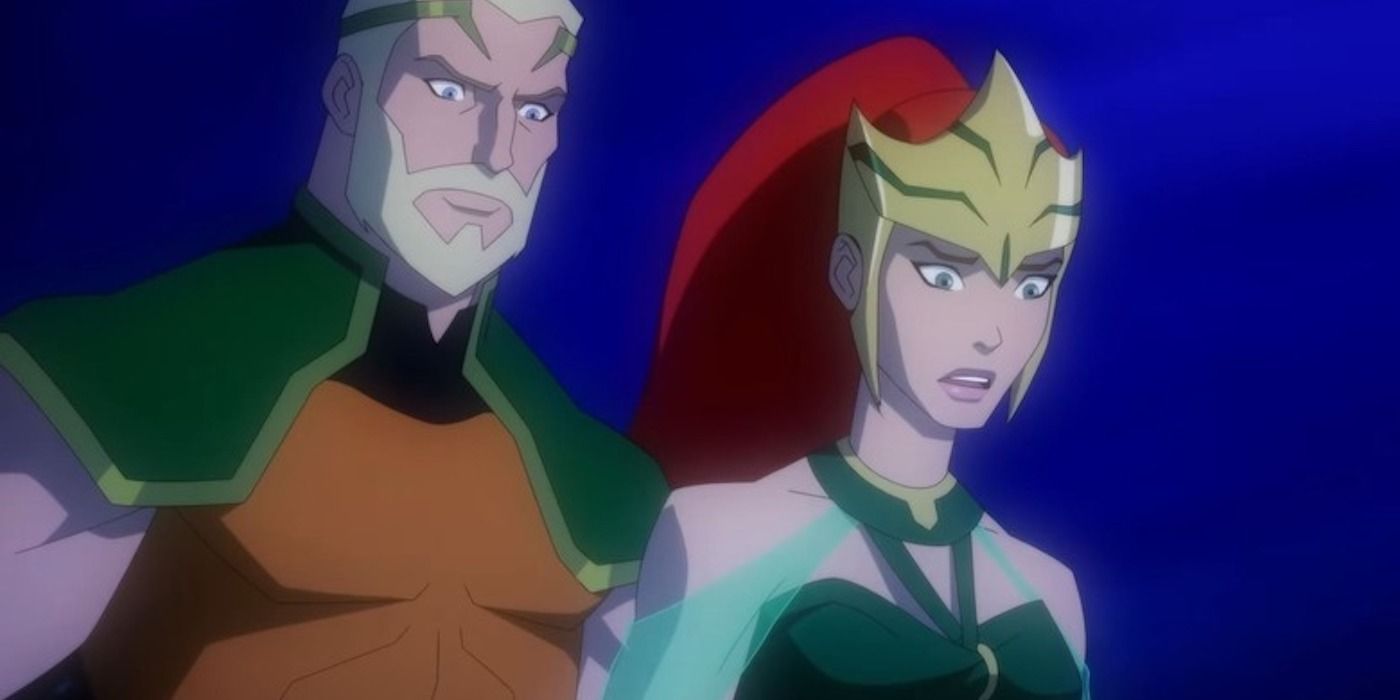 Young Justice: Aquaman is not the real king of Atlantis

Young Justice: Phantoms has revealed that the true king of Atlantis is not Aquaman, with the bomb already setting up a new war between the sea kingdoms.

In young justice, Atlantis got plenty of screen time, detailing Orin/Arthur Curry’s journey as the Justice League’s Aquaman and eventually passing the torch to Kaldur/Aqualad. This was partly because the League needed new blood, but also so that Orin could tend to the various kingdoms under his banner. He knew that the more attention they received, the more diplomacy would increase.

This is something Atlantis has long tried to achieve, but previous wars involving the likes of Xebel and the destabilization of Orm/Ocean Master have prevented unity. However, just when it looked like Orin was closing in on his goal in the second half of Young Justice: Ghoststhe true king of Atlantis has been revealed, potentially starting a new war.

The truth was revealed after a few terrorist attacks when Orin tried to hold council with all the other realms. The first had Orm return with Neptune’s Trident, only to be stopped when a masked stranger appeared and fought back. This sparked talk of an ancient prophecy that a mysterious warrior would return as the true king.

Orin brushed it off but the rumors grew stronger after the stranger saved the kingdom again of the Chaos Lord, Child, earlier this season. This time, the stranger stuck around, hitting Orm, who had come to protect the kingdom he wanted to rule. Mera and Co. were curious about his identity, leading to him confirming himself as Arion, the first ruler of Atlantis.

This sent shockwaves through all the underwater realms because many thought he died eons ago. That explained why his magic was so powerful; however, Arion wasn’t thrilled to be recognized – he just wanted to go back into the shadows, calling himself a “failure”. This tied into his retconned past where he was revealed as Arion, a grandson of Vandal Savage. His crown was sent by the Lords of Order, making him a protector of the Earth. Unfortunately, he fell out with Vandal, who wanted to destroy Atlantis to force its people to evolve. Unfortunately, Vandal and Klarion carried out the mission, which led to the creation of the people of Orin and the transmission of sea magic from Arion and those close to him.

However, Arion’s return massively changes the royal landscape. First, Arion is tested to make sure he is not a clone or a puppet, like Orm. Once he’s real, supporters will rally and want him to take the throne – something he’s not interested in. This will cause turmoil, especially as many kingdoms believe Orin has not been a righteous ruler, preferring some kingdoms over others. Thus, a political conflict could arise and a possible deposition could be explored. Second, civil war may ensue due to another sinister mission with Kaldur leading a team to Xebel to reclaim the crown.

The king of Xebel, Nereus, and Nanaue of the sharks won’t like it, with infighting erupting for control of the mighty relic. More so, Kaldur’s black ops team will be seen as thieves in this act of aggression on foreign territory. Either way, Arion can’t be trusted until he provides answers as to why he’s been in hiding for so long and why he’s chosen to return now. And finally, with Vandal poised to precipitate another crisis, one has to wonder if Arion will oppose him or stand with him, especially since these centuries have clearly changed Arion, leaving him hopeless and can -even be vulnerable to corruption. Ultimately, these are the many things an uneasy Orin will have to consider, already sensing the turbulence brewing in his choppy waters.

I am a former chemical engineer. It was boring so I decided to write about things I love. On the geek side of things, I write about comics, cartoons, video games, TV, movies, and basically anything nerdy. I also write about music in terms of punk, indie, hardcore and emo because well, it’s rock! If you’re bored now, then you also don’t want to hear that I write for ESPN on the PR side. And yes, I wrote sports for them too! Not bad for someone from the Caribbean, huh? To top it off, I’ve written short films and documentaries, conceptualizing stories and scenarios from a human interest and social justice perspective. Business-wise, I make big cheddar (not really) as a copywriter and digital strategist working with some of the biggest brands in the Latin American region. In closing, let me remind you that the geek will inherit the Earth. Oh, FYI, I would love to write the Gargoyles movie for Disney. YOLO. That said, I’m on Twitter @RenaldoMatadeen. Well done.