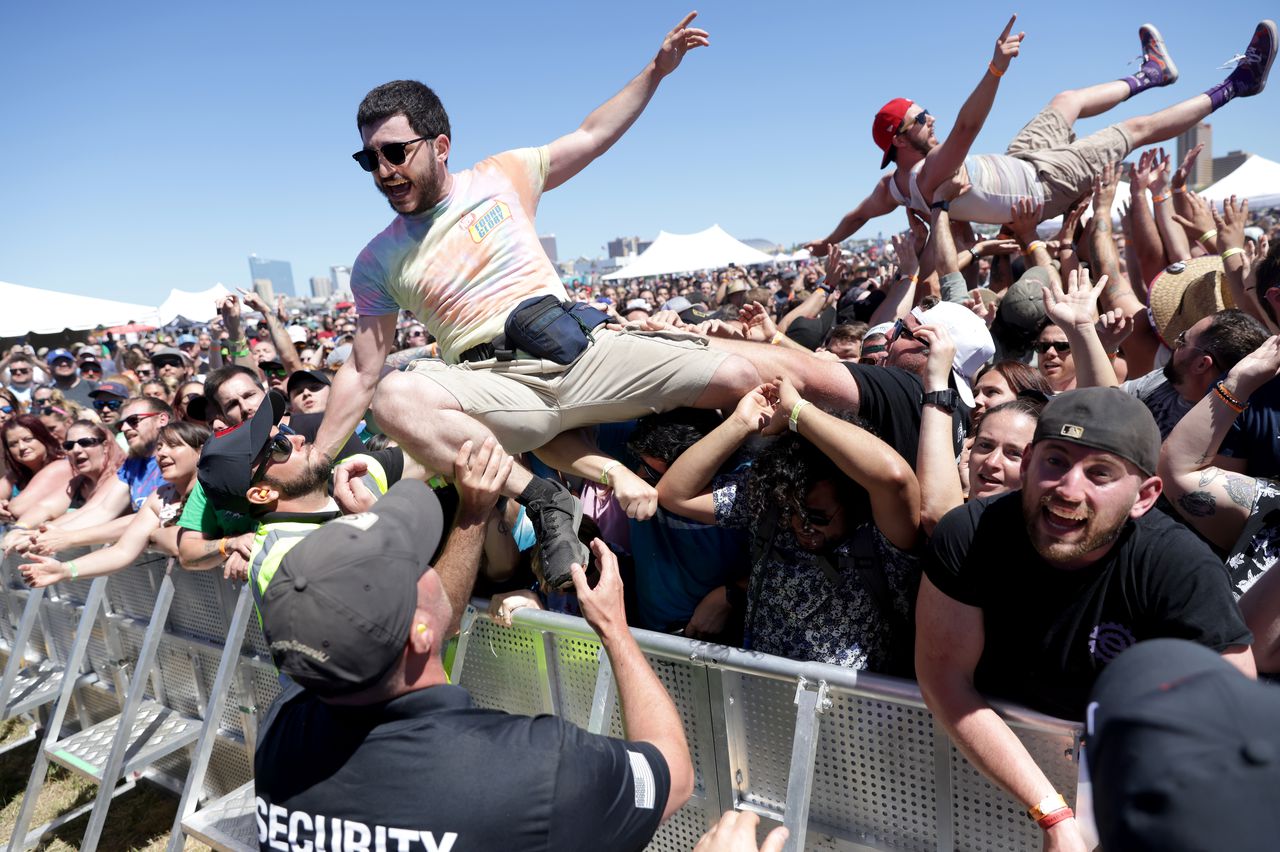 14,000 people converge on Atlantic City for a weekend of beer and music (PHOTOS)

Ask any beer lover what the perfect weather is to chill a few cold beers outside and they might tell you 70s, a light breeze and sunny blue skies.

Mix in music, various food options, fun drinking activities and a few thousand friends with the same interest and some might even call it a party.

This is exactly what happened at Atlantic City Beer and Music Festival over the weekend as around 14,000 people crowded the grounds of Bader Field in search of new beers in arguably the best weather of the year so far.

“When I watch it, there’s no better way to party outside than with your friends on a sunny day,” Jon Henderson, festival producer and CEO of Good Time Tricycle Productionstold NJ Advance Media weeks before the first beer was poured.

Scattered along the abandoned airfield, where the city skyline served as a backdrop, were 130 breweries serving more than 500 beers and food trucks offering local culinary options.

“The two-day sessions were better than any three-night session we’ve ever had,” Henderson said in a Facebook post hours after the festival.

As people hopped into different breweries with their drinks in hand, the music flowed from the stage.

Our journalism needs your support. Please subscribe today to NJ.com.