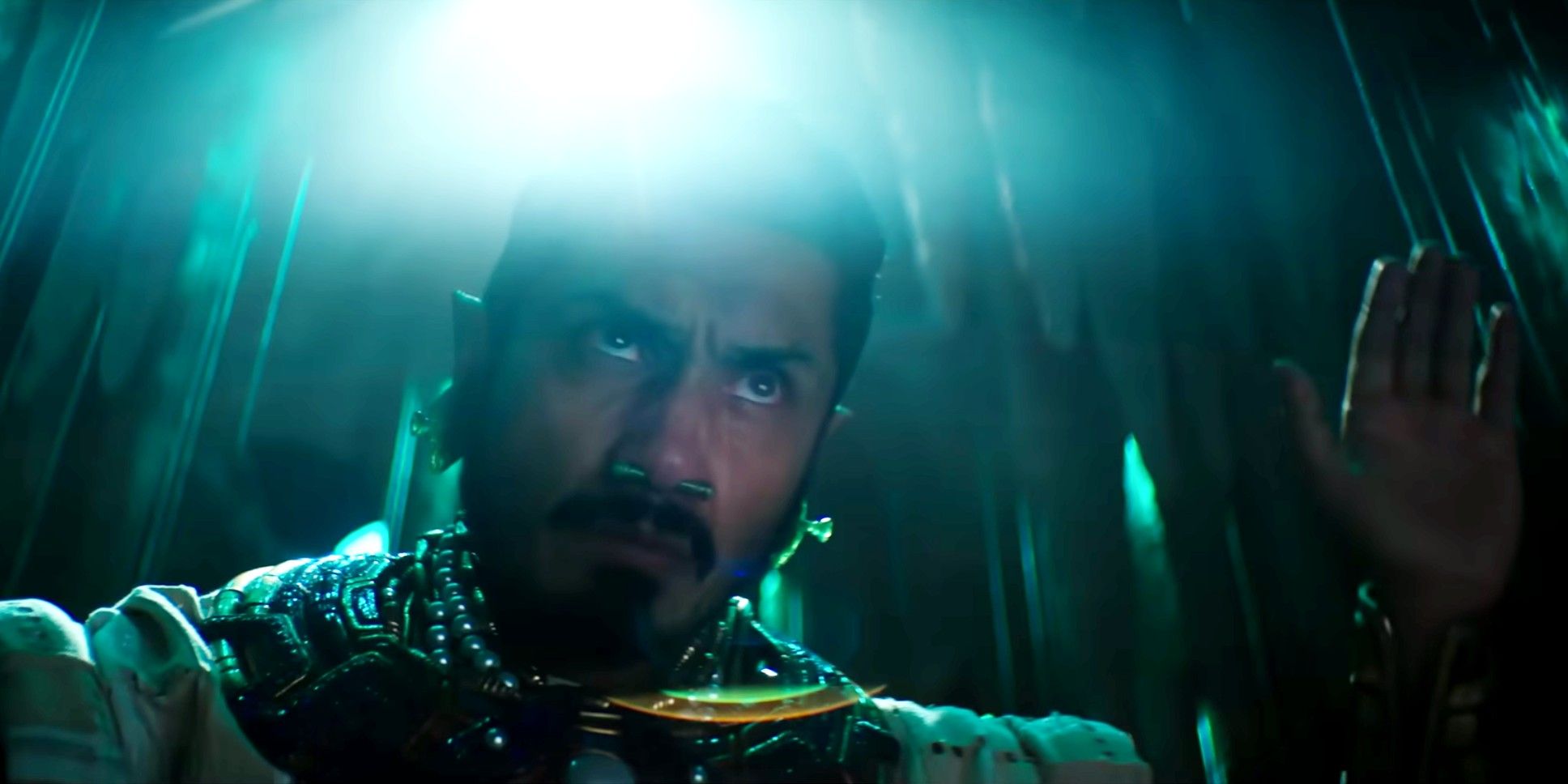 Black Panther: Wakanda Forever merchandise has teased a major change for Namor: is he really the monarch of Atlantis in the MCU?

Played by Tenoch Huerta, the MCU’s Namor is very different from the comics. Although his basic look is close to the Silver Age Namor – green shorts with a gold belt, gold armbands and lots of exposed skin – he also has a much more unusual ceremonial attire. The costume’s appearance appears to be tied in some way to Aztec or Mayan mythology, an idea confirmed by the costumes of other Atlanteans seen in the trailer. This has led to speculation that Marvel has made a major change to Namor, making him king of an undersea kingdom off South America rather than Atlantis.

“Ruler of Talocan, an ancient civilization hidden in the depths of the ocean, Namor will stop at nothing to protect his people.”

The change was presumably made to ensure Namor isn’t directly compared to DC’s Aquaman, the two monarchs of Atlantis in their respective superhero franchises. Marvel has clearly turned things around by connecting Namor to Aztec mythology, a smart move that will give director Ryan Coogler a tremendous opportunity to flex his creative muscles in terms of world-building. The name Talocan is derived from the Aztec legend of Tlālōcān, a paradise kingdom traditionally ruled by the rain god Tlālōc and his consort, the water goddess Chalchiuhtlicue; it is possible that Namor and Namora are these two characters.

The interesting question, of course, is whether Namor and Namora are somehow related to the gods themselves. Talocan actually exists in the comics, where it serves as the home of a group of gods collectively known as Tēteoh; all members of the Tēteoh are immortals, with tremendous combat skills and accelerated healing factors. If Namor and the Atlanteans were indeed merged with the Tēteoh, and serve as a pantheon equivalent to the Egyptian gods seen in moon knightthen the Wakandans are in grave danger in Black Panther: Wakanda Forever. It will be fascinating to see how these changes play out in the MCU.

James Gunn Explains the Surprising Guardians of the Galaxy 3 Trailer

Tom Bacon is one of Screen Rant’s writers, as well as a mentor for new writers and a member of the care team, providing support and a listening ear to members of the Comics group. A lifelong fan of major franchises such as Star Wars, Doctor Who and Marvel, Tom is thrilled to have his childhood back – and this time it’s cool. You can find him on Twitter @TomABacon. A graduate of Edge Hill University, Tom remains closely connected to his alma mater as a volunteer chaplain. He is heavily involved in his local church, and anyone who checks him out on Twitter will quickly learn that he is also involved in British politics.