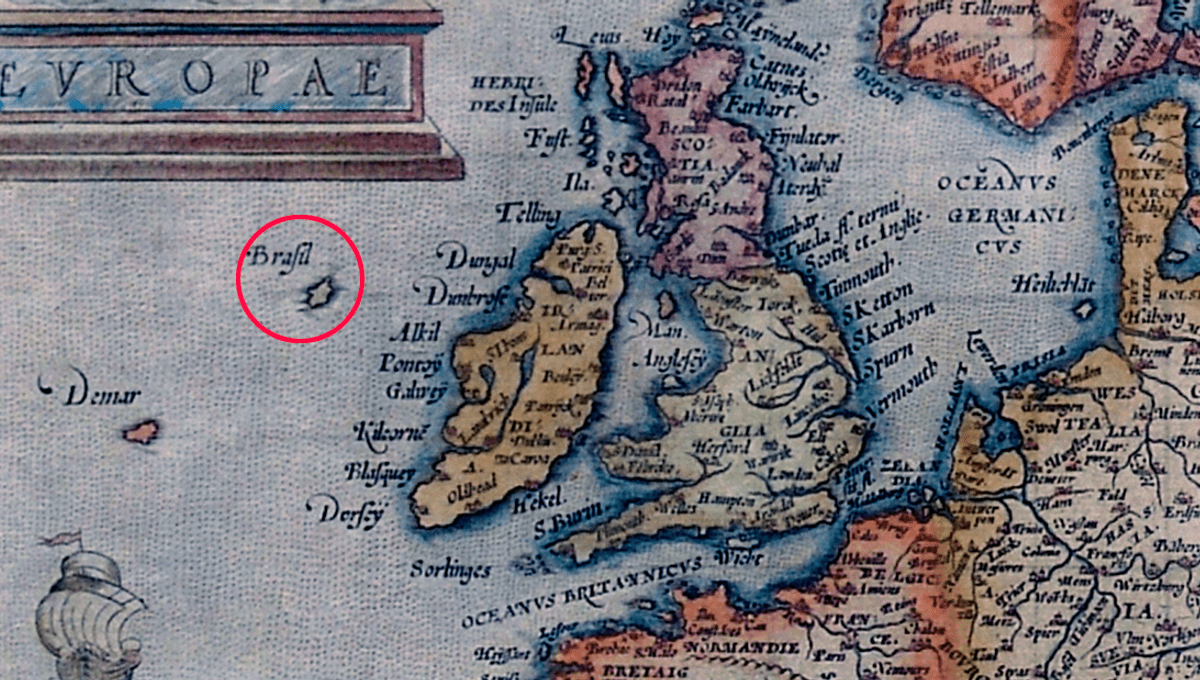 Hy-Brasil: the “phantom island” which has not been seen since 1872

An old legend, dating from at least 1325, describes an island off the west coast of Ireland called Hy-Brasil. Like Atlantis, the island has been impossible to locate. Unlike Atlantis, there are fairly recent accounts (admittedly, mostly of the “somewhat dubious” variety) of such an island by experienced explorers, as well as nautical charts spanning hundreds of years showing the presumed location of Hy-Brazil.

The first map representing Hy-Brasil was created in 1325, then under the name “Brasil”. It would change its name over the years – including nicknames Brasil, Brazil, Breasil, Hy-Brasil or O’Brasil – but the intriguing thing about the following cards was how they couldn’t agree on a location . The island has moved around the coast of Ireland somewhat erratically over the centuries, once even appearing just off the coast of North America.

Tales of the island are even stranger, ranging from sightings of an island shrouded in mist to tales of an island kingdom inhabited by ancient peoples. An account from 1629 relates how “several seamen discovered it at sea, while sailing the western coasts of Ireland”.

Among these supposed sightings, a man named “Captain Rich” claims to have come “so close that he discovered a port”, at which point he began to sail towards it. Inside Out-Desmond-of-Lost, Captain Rich continued to sail the island as a fog rolled in, but was never able to make it ashore. The narrative, even as one of the most grounded on the island, is loaded with folklore. It ends with the conclusion that it “may be those famous enchanters who now dwell there, and by their magical skill, hide their island from strangers”.

Another account—a letter sent by a man from Derry to a friend in England—describes the voyage of a Captain John Nisbet, who found him and his crew stranded on Hy-Brasil and set out to explore. On the first day they found that the island contained an old castle and yet was completely uninhabited, but after falling asleep that night they awoke and “saw a very grave old gentleman, and ten men following him bareheaded (as if his servants) coming to the shore, where the ship was”.

Abandoning all mysterious pretensions, the old man threw a feast where he proceeded to tell the crew that “the island was called O’Brazile; that his ancestors were sometimes the princes of it, telling them also, that he and several persons of quality, by the malicious and diabolical art of a great Negromancer, had been tyrannically locked up in the castle which they struck down yesterday”.

Thankfully, the Necromancer’s reign was cut short by the sailor’s incredibly believable visit. The curse was broken and others could see the island now. It didn’t quite pan out, as if there were other tales of the island, its days as something other than a myth were numbered. A map made in 1872 will be his last appearance.

There was probably no island at the start. – phantom islands appeared on maps long before, and even after that. These are landmasses that appear on maps that probably never physically existed.

One known as Sandy Island has survived on maps from 1774 to Google Earth. It was eventually removed after a group of scientists came across the alleged island and declared it non-existent, it was removed from Google Maps and Earth.

Ghost islands may be the result of myth incorporated by cartographers (even Atlantis made its way onto real maps, appearing on one in 1664), mistakes made by explorers (like Pepys Island, created in 1683 when a captain miscalculated and mistaken one of the Falkland Islands for a new one) and cartographers deliberately placing false islands on their charts so they would know if their work had been copied. Some could even be the result of sailors encountering illusions, like the one that produced this “hovering ship” in 2021.

In the case of Hy-Brasil, there is certainly reason to suspect that it was primarily mythology that gave rise to the island and kept the legend alive with the help of a few authoritative but incorrect maps. Or, as was suggested in the 1880s, “Brazil might be the present Porcupine Bank” having sunk and turned into a coral reef. Probably – unless you’re a big fan of secret islands and ancient necromancer curses – the first.

2022-07-27
Previous Post: Why Wakanda is at war with Atlantis
Next Post: Future Analysis Of The Marine Lifebuoy Market To 2028 | Forwater, Baltic, Atlantis, Osculati, Veleria San Giorgio – This Is Ardee