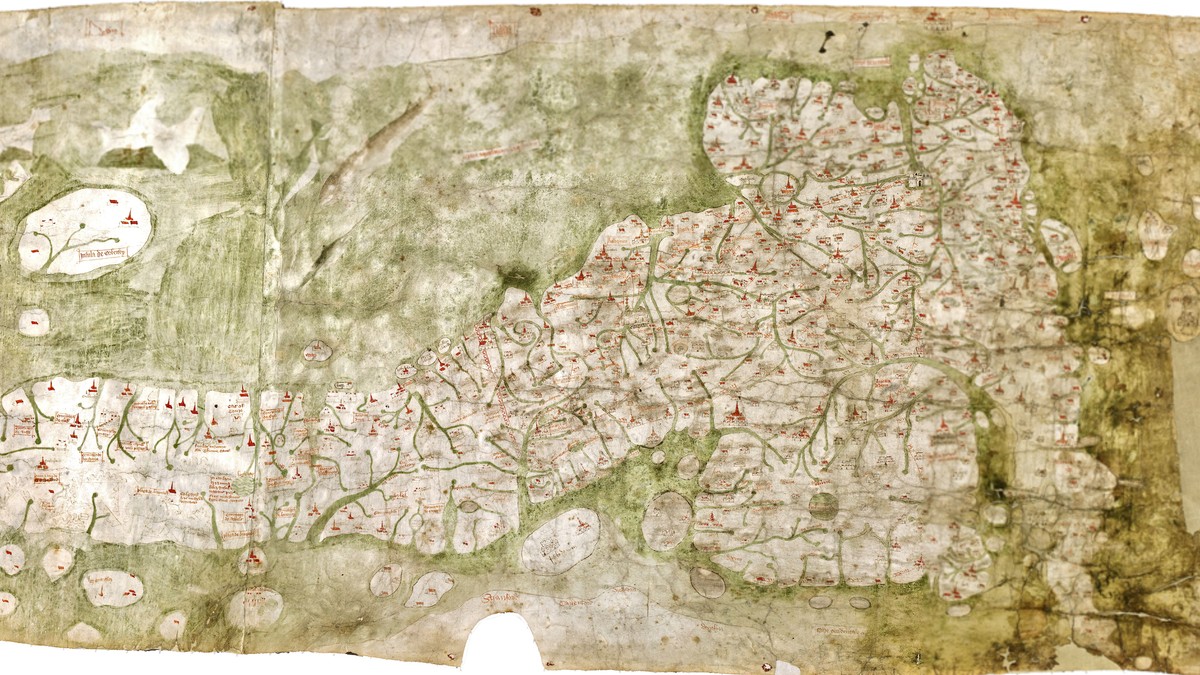 For centuries rumors have swirled about an ancient kingdom called Cantre’r Gwaelod that once existed in Cardigan Bay in Wales, before it sank beneath the waves to become the base of a legendary “Welsh Atlantis”.

Tales of Cantre’r Gwaelod have changed over the years, with some saying a maiden neglected to stop a well from overflowing the land, while later tales blame a drunken watchman who failed to watch the dykes. Legend has it that the church bells of the sunken kingdom can still be heard on calm evenings.

Now a pair of researchers are presenting new evidence that two islands once existed in the bay, based on analysis of a medieval map, folk accounts, field studies and geological surveys. Led by Simon Haslett, Honorary Professor of Physical Geography at Swansea University in Wales, the work demonstrates that the “existence of ‘lost’ islands is considered plausible and offers possible insight into post- Cardigan Bay Glacial”, according to a study published in Atlantic Geoscience.

“This study examines historical sources, alongside geological and bathymetric evidence, and offers a model of post-glacial coastal evolution that provides an explanation for ‘lost’ islands and a hypothetical framework for future research,” said Haslett and the co-author David Willis, Jesus Professor of Celtic at Oxford University, wrote in the study. “Literary evidence and folk lore support the association of Cardigan Bay with the ‘lost’ plain of Cantre’r Gwaelod.”

The study is the first work to fully investigate two mystery islands that appear on Gough’s map, which is believed to date from the 13th or 14th centuries, making it the oldest surviving map of the British Isles. The oval landmasses appear to be a few miles off Wales, with the south encompassing an area of ​​seven square miles and the north about twice that size, although Haslett and Willis warn it is difficult to make estimates accurate based on the source material. .

The Roman cartographer Ptolemy, who lived around 2,000 years ago, appears to place this part of the Welsh coast around eight miles further out to sea than it is now, suggesting that coastal erosion important could have occurred during the following centuries.

To capitalize on this possibility, Haslett and Willis assessed the effects of glaciation on the region during the last ice age. As these icy structures retreated over the past 10,000 years, they left in their wake a low-lying landscape of loose sediments and deposits, which were carved out by geological forces such as rivers.

Interestingly, the position of the enigmatic islands on Gough’s map aligns with underwater ‘sarns’, which are piles of rock and gravel shaped by these forces. This hints at the possible origin story of the islands, as well as their watery demise in the face of rising sea levels or, perhaps, catastrophic flooding like a tsunami or storm surge.

“Bathymetrically the two islands shown on Gough’s map appear to be located approximately coincident with Sarn Cynfelin, between the Ystwyth and Dyfi estuaries, and Sarn y Bwch, between the Dyfi and Mawddach estuaries, suggesting that the coarse clasts of these sarns may have “anchored” the islands,” the study team researchers said.

“It appears that the erosion of the two islands was completed by the mid-16th century, as the islands do not appear on later maps, such as that of Thomas Butler. Map off Ynglonnd dated 1547-1554,” they added.

In a fascinating section of the study titled ‘Geomythology’, the researchers share a range of tales and stories that may support these changes to the Welsh coastline, although they said ‘caution should be exercised where boundary between history, literature and tradition has perhaps become blurred.

“The history of Cantre’r Gwaelod might suggest that the plain, or at least part of it, continued to be inhabited until the 5th and 6th centuries,” the researchers noted. “A number of writers have considered the legend of Cantre’r Gwaelod to represent a popular memory of the gradual submersion of the landscape by rising sea levels” over the millennia since the last ice age.

“In Wales, the Mabinogi description of the crossing from Bendigeidfran to Ireland, with only two navigable rivers in between, aligns well with the second of these types of tradition involving a gradual rise in sea level, but the flash flooding of Cantre’r Gwaelod does not align with a sea level rise explanation for its demise and instead evokes a more rapid event or series of events,” they wrote. added, citing ancient stories of flash floods in the area.

Taken together, the results offer a tantalizing explanation for the curious islands depicted on Gough’s map, which may well be evidence of this long history of Welsh Atlantis – and can, perhaps, serve as a clue to search for. other submerged landmasses.

“Of particular geomythological interest are the legends concerning the now ‘lost’ coastal lowland landscapes, not only in Cardigan Bay but also associated with Cornwall, Brittany and elsewhere,” the team said.