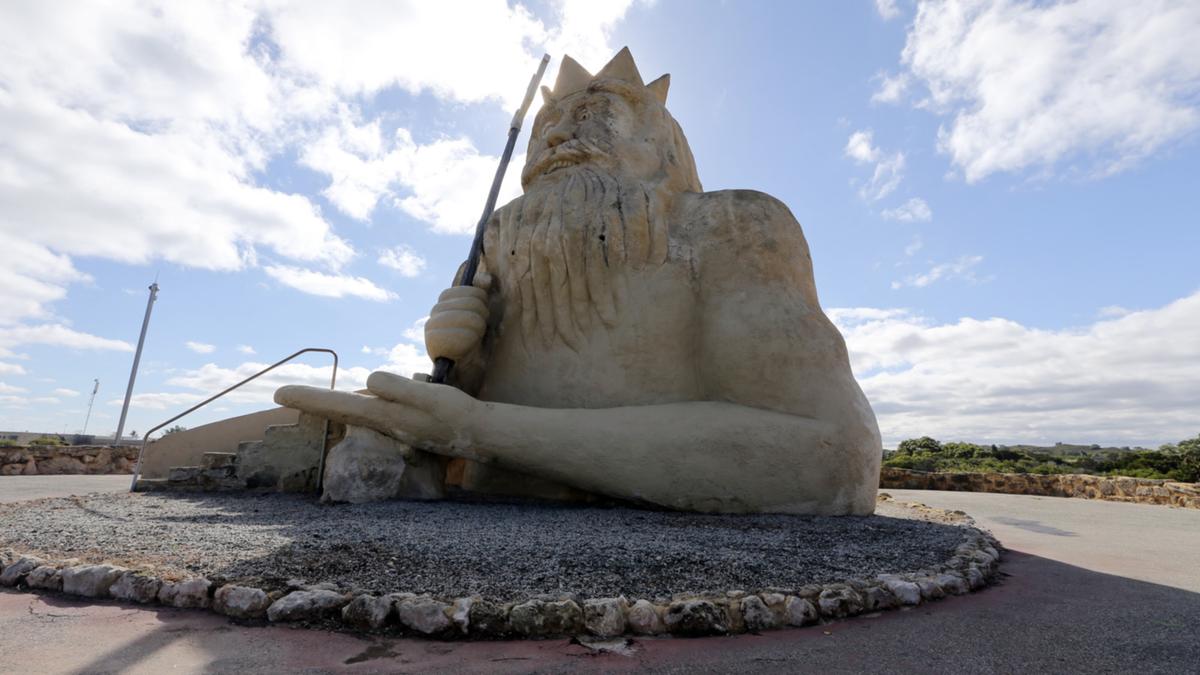 The $16 million proposal next to the historic King Neptune statue includes a Woolworths supermarket, a BWS liquor store that will replace the current liquor store, five specialty retail rentals, a cafe and an office.

However, a local campaign opposing the development is encouraging local, state and federal governments to buy the land so it can be used for recreation and tourism, which residents say is more in line with the importance heritage and culture of the region.

Mr Quigley, who has filed a petition with around 1,100 signatures against the location of the proposed supermarket complex, wrote to Lands Minister John Carey on Friday suggesting the government buy the land ‘for public use by future generations”.

DISCOVER THE LATEST NEWS IN YOUR NEIGHBORHOOD WITH PERTHNOW DIGITAL EDITIONS

“The community views the preservation of open public space at the Two Rocks entry point as highly desirable to maintain the overall ocean character of the area,” he said.

Mr Quigley also advised that the Sun City compound, which includes the Atlantis Marine Park site and King Neptune, had also been placed on the priority list for consideration on the state’s list of historic places.

This follows last month’s Metro Outer Joint Development Assessment Panel meeting, which voted 3-2 to postpone decision-making on the shopping center proposal so that the town of Wanneroo can seek clarification from the statement on the heritage status of the site.

The Department of Planning, Lands and Heritage previously informed the city that King Neptune was identified for assessment on the state registry in 2003, as was the Atlantis Marine Park site in September 2020.

However, because that assessment had not yet been made, the department was “unable to comment on the impact the proposal may have on the state’s cultural heritage values.”

Following the meeting, the Heritage Council said the Sun City neighborhood would be “assessed on a priority basis”, but the earliest would be in September.

The council said the location was ‘not suitable or compatible with the coastal marina setting and the type of development should be to the north-east in the future secondary center of Two Rocks’.

He also said the proposal was not compatible with the area’s intended tourist orientation and its “coastal boutique character”, and that the “inappropriate footprint, scale and interface of the development ‘would have'” a significant impact on the heritage significance of the area”.

City officials had previously recommended that the committee approve the proposal with conditions, including the applicant working with the city on incorporating features to recognize the heritage value of the area.

These elements include a heritage park, a heritage trail between the site and King Neptune incorporating some of the other historic statues in the Atlantis Marine Park, and information signs and plaques.

The cafe also has an open alfresco space to allow for a full view of King Neptune.

They said the heritage of the site does not restrict its ability to be developed and that the inclusion of these elements “would provide sufficient recognition to the history of the site and surrounding area”.

The proposal will return to the Metro Outer Joint Development Appraisal Committee on May 4.