Visions Of Atlantis is set to release their next studio album, Pirates, this Friday, May 13, via Napalm Records. Today, the band released the majestic and energetic third single, “Master The Hurricane”, along with a video showing the international band in top form once again.

The new single, “Master The Hurricane”, sets the hearts of all symphonic metal enthusiasts racing as it manages to combine what makes Visions Of Atlantis so strong in 2022 in over seven minutes of runtime. Singers Clémentine Delauney and Michele Guaitoli show the full range of their skills, from soft and calm sounds, through staccato singing parts and rough sounds, to an explosive chorus that immerses the listener in the new world of the group . The well-crafted and beautifully sharp guitar and drum lines make this song another anthem in Visions Of Atlantis’ solid discography. The drum set impresses with a natural sound, while Ben Metzner from Feuerschwanz adds a special touch to the song with his flute playing.

With their eighth album, Visions Of Atlantis deliver their most confident and honest record to date, proving that they have definitely stopped wandering to finally unleash their rebellious side and a free spirit as untamed as the seven seas.

Visions Of Atlantis on Pirates: “For us, being a pirate means being fully aware and having our lives in our own hands, living and thinking freely, embracing life as an adventure with all its light and darkness. With the new album, we usher in a new era for Visions Of Atlantis, fully embracing the identity we’ve been flirting with for several years now – making music that truly resonates with our souls. We continue our journey taking us through darker waters , stronger storms, where everything serves as a background for a metaphor about personal growth and spirituality. If Wanderers was more on the good side of our path, Pirates definitely takes us into the shadow work, where we face to other monster types along the way.

The album pulls anchor with the epic opener “Pirates Will Return,” which instantly enchants with its anthem-like chorus and showcases high-class versatility from the first second. In the blink of an eye, Visions Of Atlantis manages to create its own incomparable universe of symphonic epic, intense riffs and, above all, the impressive vocal symbiosis of Clémetine Delauney and Michèle Guaitoli. Delauney’s haunting offerings swing between clean vocals, powerful belting and operatic technique, while his matchless counterpart Guaitoli adds spice with infusions of top-notch power metal. Pirates pushes forward with catchy hooks, like in the mighty “Melancholy Angel”, the thrilling “Clocks”, the charged “Wild Elysium” and the majestic “Master The Hurricane” – the latter of which will make your heart beat faster of any symphonic metal fan thanks to its perfectly balanced sound blend of dramatic backing vocals, heavy orchestration and dedicated vocals. Pirates reaches port for now with the mesmerizing “I Will Be Gone”, building a wall of dramatic sound accentuated by the harmonization of flutes and bagpipes, delivered by no less than Feuerschwanz virtuoso Ben Metzner, who also joined on “In My World”, “Mastering the Hurricane” and “Healing the Scars”.

This thrilling twelve-track experience lets you taste the salt of the sea from the air and embrace the wilderness that only true pirates know. 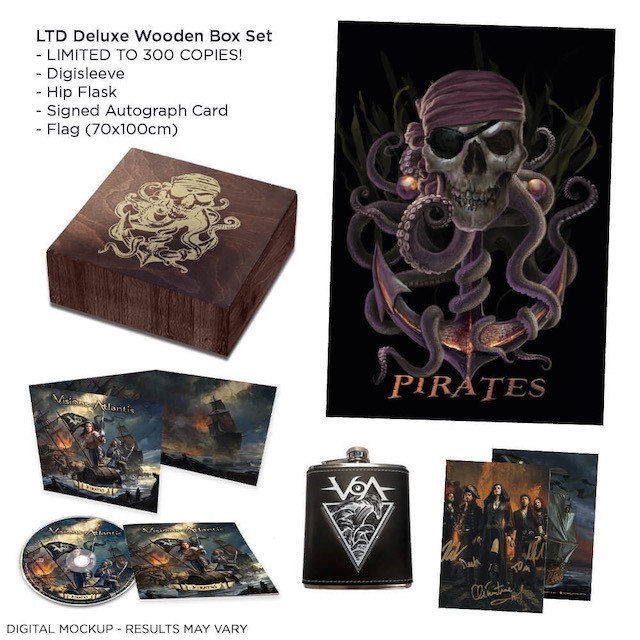 Pirates will be available in the following formats: 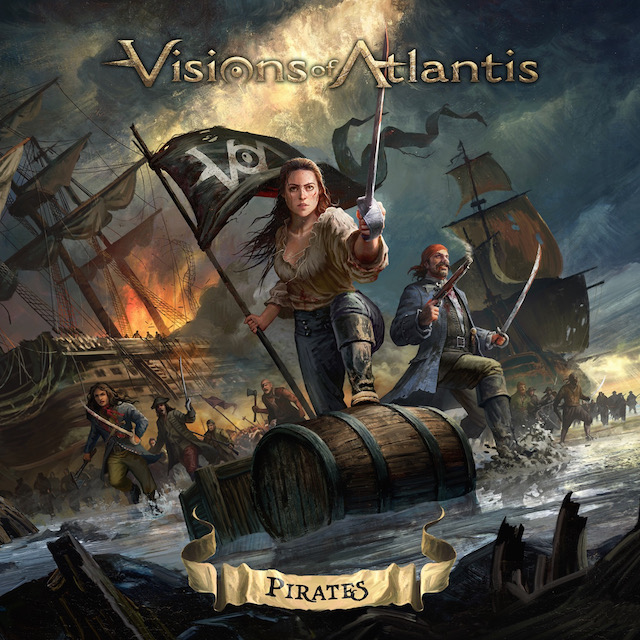