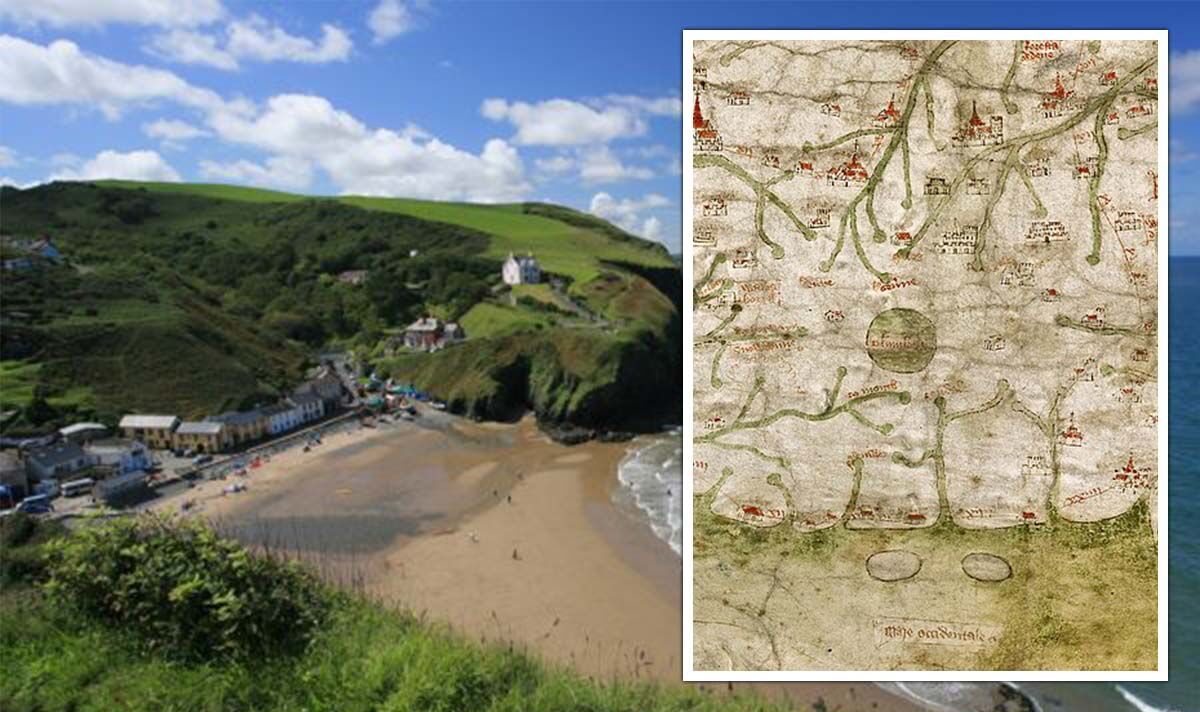 The islands were discovered by geographer Professor Simon Haslett of Swansea University and his colleague, historical linguist Professor David Willis of Oxford University.

Celtic scholar Professor Willis noted the Welsh literary tradition of a landscape called “Cante’r Gwaelod” which is described as being in what is now Cardigan Bay, having been lost in the sea.

When the couple consulted Britain’s oldest map – Gough’s map, which dates back to the late Middle Ages – they discovered it marked two islands in the same location that do not exist today.

Gough’s map, held in the collections of the Bodleian Library, Oxford, clearly depicts two islands off the coast of Cardigan Bay, one between Aberystwyth and Aberdovey and the other between the First Island and Barmouth North.

It is not known exactly when or by whom Gough’s map was drafted. Antiquarian Thomas “Honest Tom” Martin, who owned the map before his death in 1771, believed it dated back to the reign of Edward III, i.e. between 1327 and 1377.

Studies of map landmarks have suggested dates between 1355, when Coventry’s city wall was erected, and 1366, when the town marked on the map as Sheppey was renamed Queenborough.

Regardless, the two lost islands in Cardigan Bay shown on Gough’s map do not appear to have been the subject of previous scholarly research.

Based on the geology of the area, researchers believe the islands likely represented remnants of a low-lying landscape, underlain by soft glacial deposits, that formed during the last Ice Age, which ended about 11,700 years ago.

This soft, easily eroded landscape would have been carved out by rivers and truncated by the sea until only the two islands remained, then nothing,

Indeed, the duo noted that there is evidence to suggest the shoreline of Cardigan Bay was once much further out to sea – with the location of the mouth of the River Ystwyth provided by the Roman cartographer Ptolmey being at about eight miles from its present location.

Professor Haslett said the research ‘proposes a tentative framework for the evolution of Celtic coastlines along the European coast’.

He added that the work “also increases our understanding of potential coastal processes acting along the coast of Cardigan Bay, where some towns are vulnerable to climate and sea level change.”

These at-risk towns, he concluded, are “likely to bring some of the first climate change refugees to the UK”.

The full results of the study have been published in the journal Atlantic Geosciences.