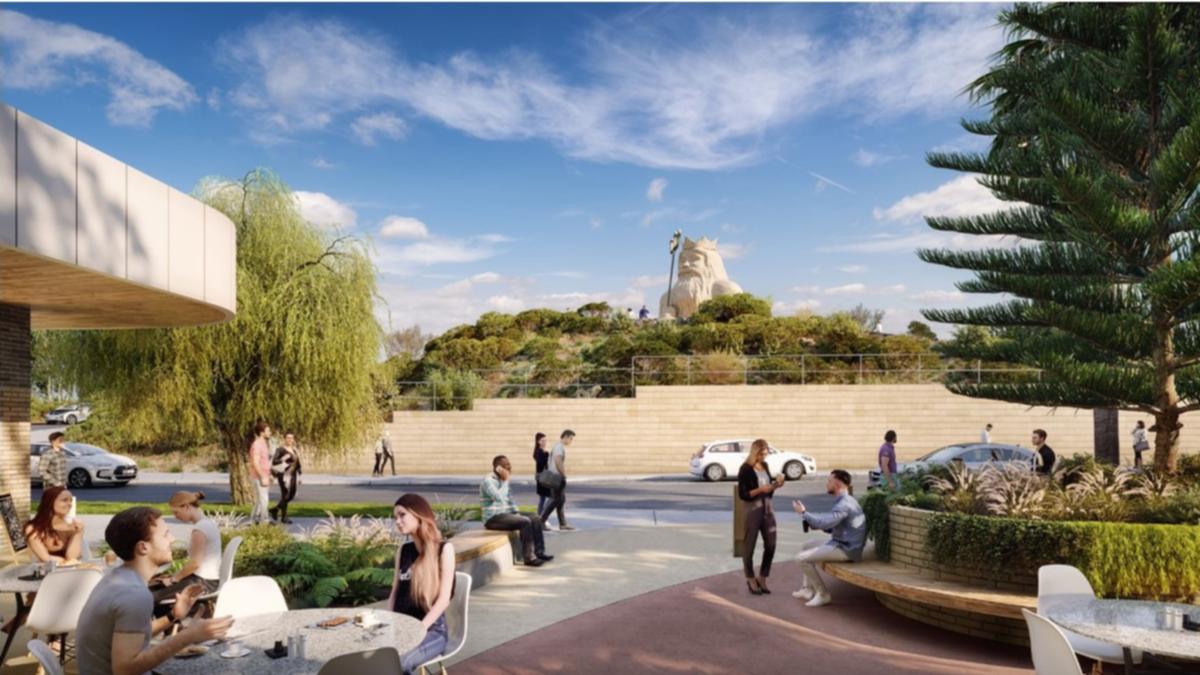 A shopping center at the former Atlantis Marine Park site in Two Rocks, which has raised heritage concerns in the local community, has been approved.

The $16 million proposal next to the historic King Neptune statue includes a Woolworths supermarket, a BWS liquor store that will replace the current liquor store, five specialty retail rentals, a cafe and an office.

The Outer Metro Joint Development Assessment Committee had previously voted 3-2 to defer decision-making on the Fini Group’s proposal so that the City of Wanneroo could seek clarification from the State on the site’s heritage status.

The Department of Planning, Lands and Heritage had informed the city that King Neptune had been identified for assessment on the state register in 2003, as was the Atlantis Marine Park site in September 2020.

DISCOVER THE LATEST NEWS IN YOUR NEIGHBORHOOD WITH PERTHNOW DIGITAL EDITIONS

However, because that assessment had not yet been made, the department was “unable to comment on the impact the proposal may have on the state’s cultural heritage values.”

The Heritage Council has since advised that the Sun City area, which includes the Atlantis Marine Park site and King Neptune, will be “assessed on a priority basis”, but the earliest would be in September.

Wanneroo adviser Vinh Nguyen therefore tried again to postpone decision-making at Wednesday’s panel meeting, saying it was “important to preserve the site” to allow for a full assessment.

“We don’t want to devalue the importance of heritage or cause irreversible damage,” he said.

Cr Nguyen said the app had already been in the works for some time and thought a few more months would have little impact on developers “compared to the high risk of approving it now”.

Councilor Frank Cvitan also agreed, saying that while “the development would be good over time”, he would prefer to see the Heritage Council’s assessment.

However, the motion was defeated 2-3.

Moving to approve the proposal, panel member John Syme said the site had been nominated in the planning framework for a ‘substantial centre’ for at least 25 years and ‘no one should be surprised’ by the nomination .

He said the committee was “obligated” to base its decisions on this framework and that the application had met all the requirements.

“It’s not reasonable to delay this when it’s been in the frame for about 25 years,” he said.

Mr Syme said that while heritage was significant, the assessment would consider the impact of the development site in relation to the entire Sun City precinct.

He said architect Philip Griffiths’ “clear advice” was that “the value of the site is minimal”, given that it was already cleared.

He said the development was “carefully crafted” and there was “no reason it shouldn’t be approved”.

Ian Birch, chair member of the committee, also acknowledged that the proposed development was much smaller than the planning framework allowed.

Mr Birch also said that the population of Two Rocks is expected to grow from “just under 4,000 to 20,000” and that “the community is therefore going to see significant changes”.

The application was conditionally approved 3 to 2, in line with recommendations from the Town of Wanneroo, including that the applicant work with the town to incorporate features to recognize the heritage value of the area.

These elements include a heritage park, a heritage trail between the site and King Neptune incorporating some of the other historic statues in the Atlantis Marine Park, and information signs and plaques.

The cafe also has an open alfresco space to allow for a full view of King Neptune.

Residents have campaigned for the site to be used for recreation and tourism since the consultation was undertaken last year, saying the shopping center would ‘damage the unique heritage value of the site and surrounding area’ and restrict people views and access to the nearby King Statuette of Neptune.

“Residents of Two Rocks are not opposed to the development or introduction of a Woolworths into the town. We understand that our small coastal town is growing. The objection is based on the specific location of the development,” said Woolies2go campaign spokesperson Aline Benkendorf.

“We understand that this development ticks some boxes in terms of zoning and permitted uses, but it also misses the mark when it comes to the heritage and tourism value of the area.”

Ms Benkendorf said the historic site was “what will and has made this city”.

However, Brown Falconer’s Michael Jorgensen said the development was designed to ‘celebrate’ King Neptune, while Plan E’s Andrew Baranowski pointed to the heritage trail which would incorporate other artwork recovered from Atlantis Marine Park.

“We want to introduce these elements so that people can relate to and remember what was here in the past,” Baranowski said.